“We were driving to Kennedy airport in 1973 to shoot the last scene of The Stone Killer, the third film we made together, when Charlie asked me what we should do next. I told him I had this script about a man whose wife and daughter are mugged and then the man goes out and shoots muggers. I mentioned that I’d had it for five years but no one seemed interested. Charlie said, ‘I’d like to do it.’ I said, ‘What, you mean you want to do this movie?’ And Charlie replied, ‘No, I’d like to shoot muggers”. 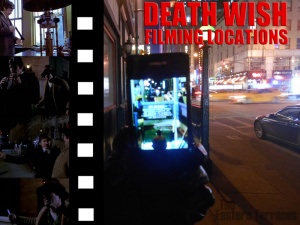 Michael Winner’s 1974 film ‘Death Wish’ rarely sits upon any film guide’s top ten and yet it is one of the more referenced and controversial films of its era. Providing the same kind of view of the big apple that the Dirty Harry films had of San Francisco, the film shows muggers, hoods and rapists lurking around every corner and the thin blue line too powerless or apathetic to make any difference.

Enter one lone individual with a loaded gun and a sense of frontier justice and a franchise is born.

Following on from both the amazing Dirty Harry (1971) and the frankly pretty shit, Walking Tall (1973), Death Wish helped usher in a wave of vigilante films and was based upon Brian Garfield’s identically titled 1972 novel. Garfield reportedly having left a party on the upper west side of Manhattan (coincidently where Bronson’s character lives in the film), came back to find his car window broken and his coat stolen. Thinking to himself how he would’ve killed the perpetrator if he had caught him in the act, Garfield conjured the idea of a twisted avenger, an accountant no less, taking revenge on any scumbag that crosses his path in the wake of his wife’s murder.

Like the protagonist of First Blood by David Morrell, which was later turned into the first Rambo movie, this character was damaged and becomes increasingly more so though out the course of the story. The film’s main character Paul Kersey however, like the cinematic version of John Rambo, was seen as a hero at the time of the film’s release with his psychopathic actions ignored or downplayed. Echoes of the psychosis may be seen in Bronson’s stony faced performance, but whether by Winner’s design or Bronson’s lack of ability, they remain only that. 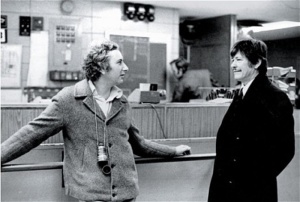 The book was purchased by a film production duo, who after commissioning several drafts, on sold it to the Italian movie magnate Dino de Laurentiis, who hired Michael Winner, who in turn cast Charles Bronson with whom he had previously worked. Filmed on location in New York City in January 1974, Bronson, as Vincent Carnaby memorably describes in his contemporary review, “…roams the night time streets of New York, which… are so filled with vandals, would-be muggers, rapists and the like that Charlie never goes home without scoring. On streets, in parks, on subway platforms, in subway cars. It’s like shooting ducks in a bird sanctuary”.

In the face of such criticism, producer de Laurentiis stated, “Violence is not typical of New York alone. All big cities are jungles. New York is a symbol of all the metropolitan areas of our planet”.

Certainly, along with the previously noted The Warriors (1979), Taxi Driver (1976), Midnight Cowboy (1969), Coogans Bluff (1968) and The Taking of Pelham 1,2,3 (1974), this was a film that perversely made me want to visit New York City. An urban nightmare on the edge of insanity, an asphalt playground where anything went, New York seemed a million miles away from where I grew up watching it from the comfort of a VCR. Thankfully though, it was not like that when I visited and I was able to walk in Paul Kersey’s footsteps without fear of having to clock a mugger with a sock full of pennies. 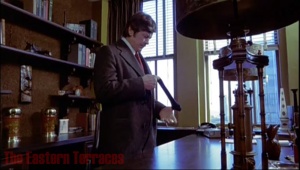 As it was filmed in winter, many of the places I visited looked much the same 41 years later. The night before searching the locations, I watched a copy of the film from my base at the St James Hotel, itself featured in a number of films, notably Maniac (1980), Big (1987) and Cruising (1980).

Over the course of the next afternoon/evening, I managed to find the D’ Agostino market featured prominently in the film, Kersey’s uptown apartment, the stone steps he walks down to shoot his first mugger (coincidently also used in The Warriors) and the midtown café where he lures two heist men to their doom. The café, although shuttered, still has the same neon sign it had in 1974, but midtown itself no longer has the scary vibe shown in Taxi Driver or Maniac. The closest thing I saw to crime was when some guy tried to sell me weed on the street. 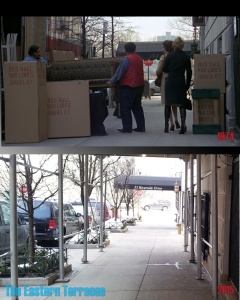 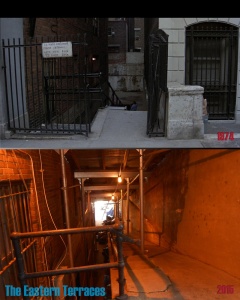 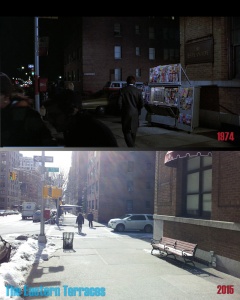 Where Kersey Gets Off The Bus. Diptych by author

The results of this exploration may be seen in another shakily filmed clip below. In my own defence, it was freezing when I shot this footage and every removal of my gloves almost resulted in frostbite.

Almost a decade later Winner resurrected Paul Kersey for the incredibly scuzzy Death Wish II (1982) and the so bad, it’s downright awesome, Death Wish III (1985). Indeed Death Wish III has to be seen to be believed. Its cardboard characters are so caricatured as to almost be rendered as a live action cartoon.

Speaking of which, the 1974 Mad Magazine satire of Death Wish is pretty funny and I’ll close out this post with some selected panels. New York based William Gaines & Co. were on a streak between 1965 and 1985 that no other publication has ever matched.

Written and posted by Horatio Cornblower. Copyright 2016. All rights reserved.